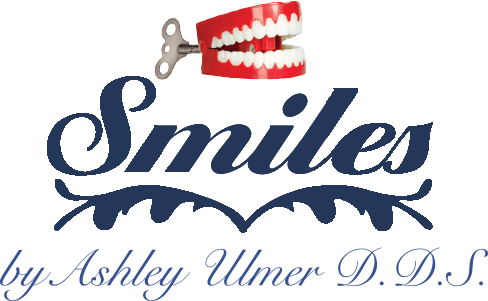 Adult Professional Cleaning procedures are performed by a registered dental hygienist after an examination by a licensed dentist. As part of your dental health routine, regular cleanings help patients by removing build-up from all surfaces of the teeth, assessing daily brushing and flossing habit effectiveness and planning surgical and restorative procedures necessary to maintain optimal oral health.

Using specialized techniques and tools, our hygienist will:

Child Professional Cleaning procedures are performed by a registered dental professional and a licensed dentist. This is an important part of your dental health routine with brushing, flossing, and rinsing, additionally, it is important to monitor the growth and development of the teeth and skeletal structure of children and adolescents.

Many of the same techniques are employed to clean children’s teeth as in the adult professional cleaning procedure with special emphasis on establishing good habits and correct techniques for home care.

Dental examinations are conducted by a licensed dentist to evaluate the entire oral complex to detect any issues before they become serious. Early in our relationship with our patients, we conduct a comprehensive exam to chart the health and status of all systems in the oral complex. We are concerned with identifying the signs and symptoms of systemic disease, related medical treatment, sleep disturbance, jaw or headache pain, dental or periodontal issues and esthetic concerns. We will talk about the medical and dental therapy you have received in the past and address your questions and concerns that brought you into our care. Once we have established a relationship with you, we rely on regular exams, typically conducted during your dental hygiene visits to evaluate the condition of your health, teeth and gums to catch issues when they are small.

Radiographic imaging is immensely valuable in our dental and periodontal examination. They enable us to identify problems before they are visible in a visual exam.

Radiographs are primarily used to detect:

Occlusal sealants are recommended for the occlusal (biting) surface of permanent teeth as they erupt in children’s mouths. Decay of the adult molars usually starts on the biting surface before all the teeth have erupted so this can provide powerful protection against early dental decay. The natural grooves of these teeth are often deep, harboring bacteria, making it hard to remove with tooth brushing. Once the teeth have been evaluated by the dentist to not have cavities, the tooth surface is cleaned and etched and a sealing composite material is painted directly onto the tooth to seal the grooves to prevent bacterial colonization in them. Sealants typically last 2 years of normal wear before needing replacement.

Silver Diamine Fluoride (SDF) is a liquid compound we use to stop early tooth decay, prevent future tooth decay, and to treat sensitive teeth. It is all-natural and safe for use in any patient, at any age. There is evidence that it has been used for 4000 years. It is easy to apply, will not sting, and doesn’t require shots or drilling!

The clear liquid is applied to the infected teeth and allowed to dry for 60 seconds. Any decayed surface will turn a dark brown or black color- like a scar- to let us know it is working. A filling can be placed over the surface of the cavity to mask the color or repair the tooth surface, if necessary.

We recommend evaluation of the treated teeth every 6 months to monitor adequate healing.

This treatment is particularly effective for primary teeth in children, around crowns and bridges in adults that have leaking margins and for decay that is present on soft root surfaces and is difficult to seal with other restorative measures. We also recommend SDF treatment if there are several teeth with active decay and restorative treatment cannot be completed right away for any reason.

After placement of SDF, restorative treatment can continue when the patient’s condition improves.

Periodontal disease can be a very serious condition that occurs in a majority of adults in America. It is important to continuously screen for the presence of periodontal disease by recording findings at every dental visit and monitor periodontal therapy and home care. It is also advisable to have bacteriological assays performed in areas of persistent disease despite ongoing therapy to identify the specific species of bacteria present.

Most tooth loss is due to periodontal disease, and most people do not realize they have the disease until it becomes noticeable to them. At this point, it may be very difficult to treat. Some of the signs of gum disease include swollen, bleeding gums, gum recession, heavy accumulation of tarter on the teeth, foul breath and tooth mobility.

Gum disease and tooth decay are both bacterial infections. The bacteria colonize the surface of teeth, etching the enamel or root surface to enable them to adhere better to that surface and produce waste as they quickly multiply. These processes cause the plaque that is formed when teeth are not brushed for a significant period of time. Some people describe a “fuzzy sweater” coating over the surface of teeth, gums, and tongue. In periodontal disease, not removing these bacteria for several hours or days allows the plaque to become so thick that it triggers an immune response in the gums: blood vessels are formed near the surface of the gums (bleeding) to bring important immune cells (inflammation) to fight the bacterial infection.

The process of your immune system trying to fight an enemy, bacteria, that is not actually inside the body, it is sitting on the surface of your teeth and gums, this is what causes the damage to the gums, swelling and bleeding, and eventually, the bone, if left long enough. Once lost, the bone can never be replaced. The best outcome of therapy at this point is to stop the process of destruction, remove the bacteria and maintain the bone and gingival levels.

Request An Appointment
Go to Top